We balance the desire for business success with the needs of the wider communities in which we are active and upon which we have an impact.

The various accreditations we hold evidence our commitment to high ethical standards and business excellence. In addition, we are proactive in seeking opportunities to support charitable causes and organisations through corporate donations but also, and most importantly, through the participation of our staff - who are involved in activities including volunteering, event participation, fund raising, environmental impact and sustainability - all with a collective and individual focus on health and well being.

We care about our staff, their health and welfare and want to have a positive impact on their lives and help them to be great citizens in our communities. In turn, this creates loyalty and commitment and helps to blend our corporate and personal values.

Very often, our suppliers and clients engage with us because of our values. The combination of our engaged staff, clients and suppliers makes for a powerful force for Doing Good together.

How we do it

As good citizens our staff do good things for a range of different causes. This may be as school governors, sports coaches for children, public service roles, charity trustees and volunteers to name but a few.

In addition, we support corporate causes through our combined resources. We currently have two preferred causes: The Soma Leo Foundation and Community Foundations. 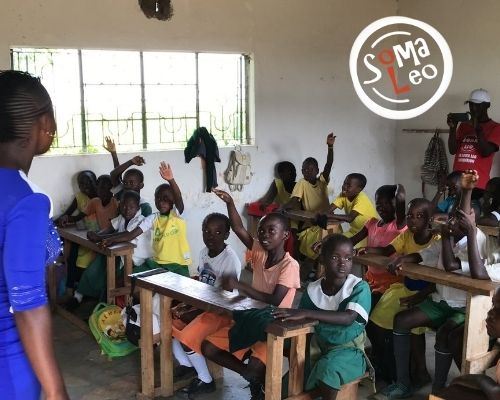 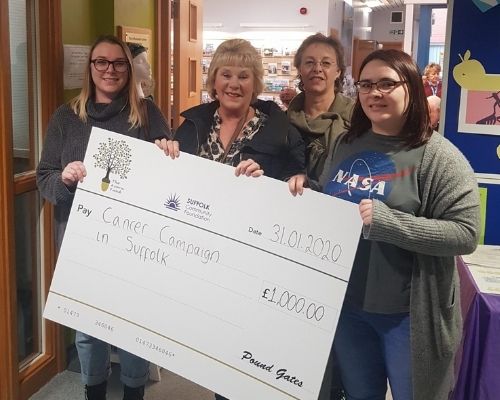 The Soma Leo Foundation was established in 2015 to provide education and support to disadvantaged communities in east Africa. We currently do this through our own school, The Soma Leo Academy, in Nyiera, Kenya and by supporting other schools in nearby Osieko.

At the Academy, we seek to achieve excellence by providing safe and clean facilities, high quality teaching with an appropriate teacher to pupil ratio, a varied and interesting curriculum, and nourishment for our 200 pupils.

For more information about our work in Kenya, fundraising activities and how you can get involved please visit the Soma Leo website.

In the Ipswich area, we support Suffolk Community Foundation, and have created our own fund within the Foundation – The Acorn Fund. We currently support causes aligned with the theme of Health and Wellbeing. This covers a range of causes, and we aim to support causes that encourage people, of all ages and abilities (or disabilities) to be more active, and to lead healthy, balanced lives. This includes charities that support people with mental health and stress related conditions.

To find out more about the projects we've supported and their impact, visit our Acorn Fund page.

In 2015 we helped established (and now sponsor) the Ipswich Sporting Lunch Club in partnership with SportsAid, to raise funds for young sportsmen and women from Suffolk who aspire to be our next Olympic, Paralympic, Commonwealth and world champions.

Typically aged 12 to 18, these athletes face huge challenges, making sacrifices every day to train and compete. They can train for more than 15 hours a week after school, travel more than 1,500 miles a month and spend more than £7,000 a year on their sport – with most relying entirely on SportsAid and their families for support.

To help these young athletes, SportsAid and its supporters are recognising their achievements and giving vital financial assistance before anyone else. Working with the governing bodies of around 70 sporting disciplines the charity helps the UK’s brightest sporting prospects every year – relying on the governing bodies’ expertise to ensure the right athletes are funded at the right time.

The result at Tokyo 2020, 242 Team GB Olympic athletes and 165 Paralympics GB athletes were SportsAid alumni, winning 47 Olympic and 94 Paralympic medals between them.

Suffolk SportsAid was launched in 2007 to raise money to support Suffolk’s talented up and coming sportsmen and women to achieve their sporting goals. Since then it’s supported dozens of super-talented young athletes from the county with the cost of training and competing at national and international level.

The Ipswich Sporting Lunch Club, hosts two lunches each year (spring and autumn) featuring an inspirational athlete as a guest speaker and the award of a grant to, at least one young aspiring athlete.

To read a selection of articles about the lunch clubs, guest speakers and young sports men and women that we've supported please click here.

All of our stories in one place

To find out more about all of our community work please visit Our Community website.

We use cookies to ensure that we give you the best experience on our website. If you continue to use this site we will assume that you are happy with it.AcceptPrivacy Notice